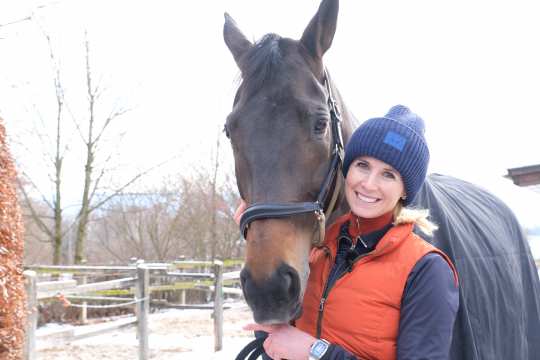 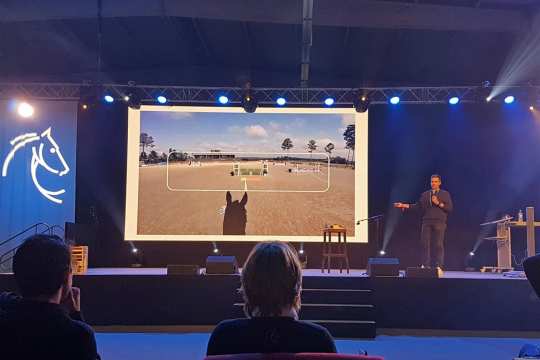 The first CHIO Aachen Hackathon “smart CHIO” at the showgrounds at the Aachen Soers brought together 60 creative minds from all over Germany at the end of October. 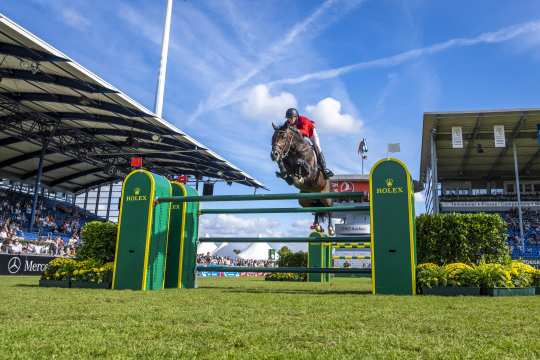 Victory in the Mercedes-Benz Nationsʼ Cup, second place in the Rolex Grand Prix: At the tender age of just 20, the darling of the public, Brian Moggre (USA), expe rienced a week at the Aachen Soers that he will never forget as long as he lives. 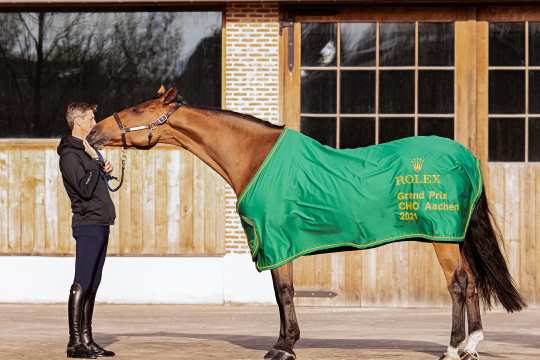 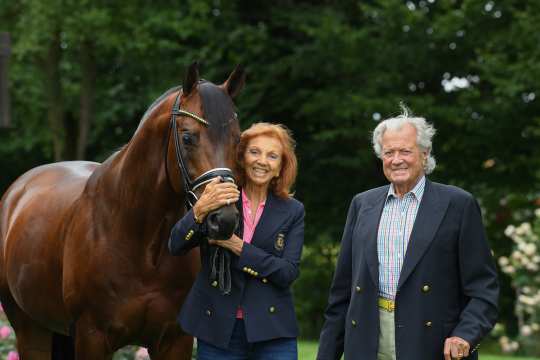 The role model entrepreneur Toni Meggle and his wife Marina cherish everything that is close to their hearts. A visit to Georgihof, their picturesque riding facility near Wasserburg on the Inn River. 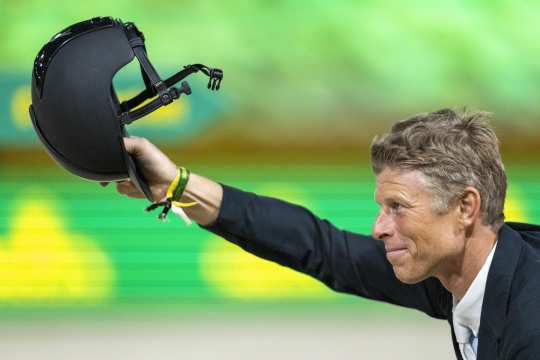 Making his way into the top ten of the world ranking list was not always easy. Today, Max Kühner is a successful entrepreneur, he has his own yard and a Major victory in the Rolex Grand Slam up his sleeve – and he has a horse-loving family that stands behind him. 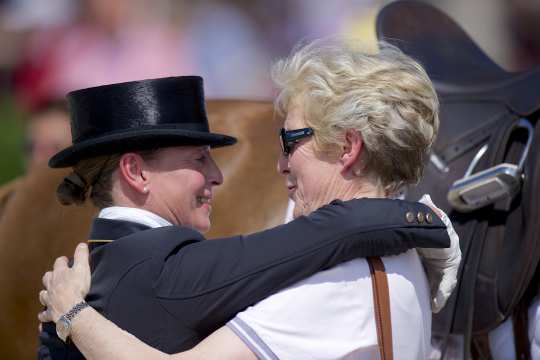 Germany’s most famous equestrian sport sponsor is celebrating her 80th birthday on June 28th. When we visited Madeleine Winter-Schulze at her yard in Wedemark, not far from Hanover, she revealed to us why she still isn’t thinking about retiring yet and intends to continue travelling the world with her horses. 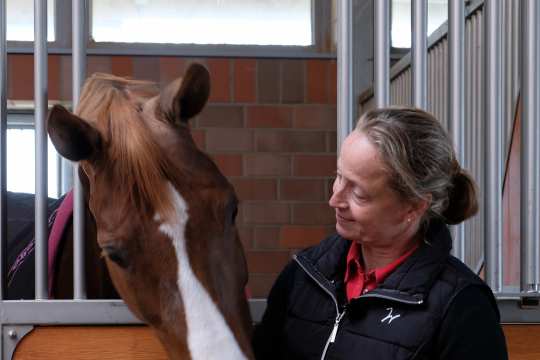 While visiting her yard in Rheinberg on the Lower Rhine, Isabell Werth revealed to us what still motivates her day after day after meanwhile 35 international gold medals, the important role her oldie Satchmo still plays in her life and why the eye specialist had to be called after their joint World Championship victory in 2006 in Aachen. 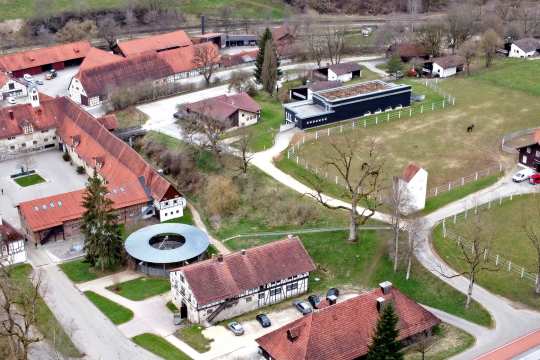 “He is my absolute best horse,” said Olympic gold medallist, Michael Jung, about La Biosthetique Sam, his beloved horse, with whom he also won in Aachen in 2011. Sam and Jung’s second top horse, fischerRocana, have one thing in common: They both grew up at the Marbach Main and State Stud in Baden-Württemberg. That is reason enough in itself to take a look behind the scenes of the oldest and largest state-run stud in Germany. 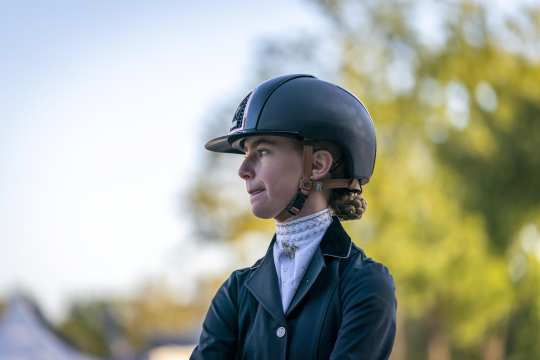 Mental strength can improve one’s sporting performance – and this can be trained. The expert, Antje Heimsoeth, explained how we can succeed in training more efficiently with a clear head and deliver a stable performance at competitions. 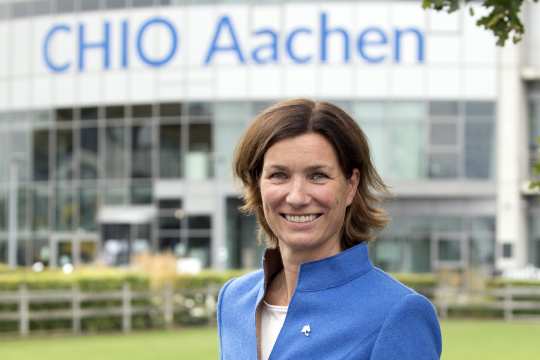 Her first visit to the CHIO Aachen? Stefanie Peters was still in her mother’s womb. Today, 48 years later, the entrepreneur is the first female President of the Aachen-Laurensberger Rennverein (ALRV) and will thus significantly shape the future of the traditional show. 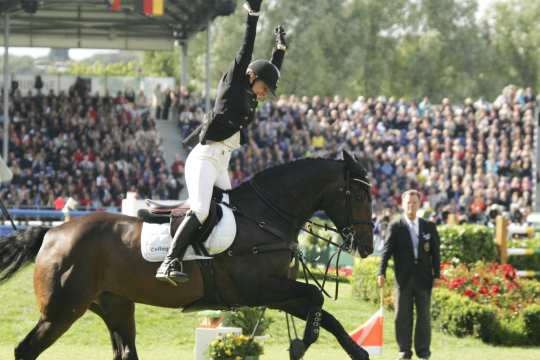 21.04.2021 At home with Janne Friederike Meyer-Zimmermann

She is an athlete, entrepreneur and soon she will also be a show organiser. We visited Janne Friederike Meyer-Zimmermann at her yard in Pinneberg, near Hamburg. 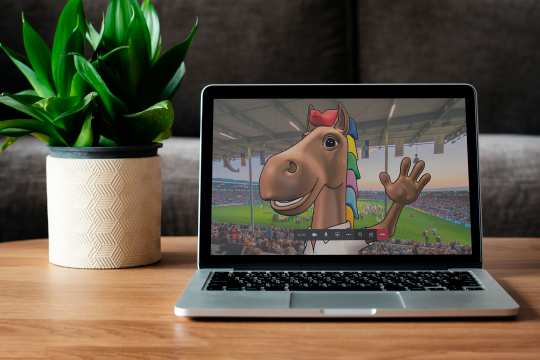 Beam yourselves into the Main Stadium, onto the cross-country course or into the Deutsche Bank Stadium during video meetings 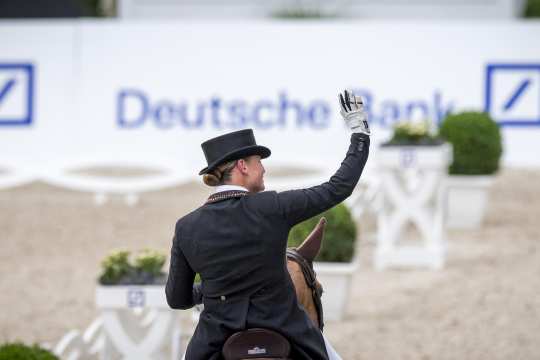 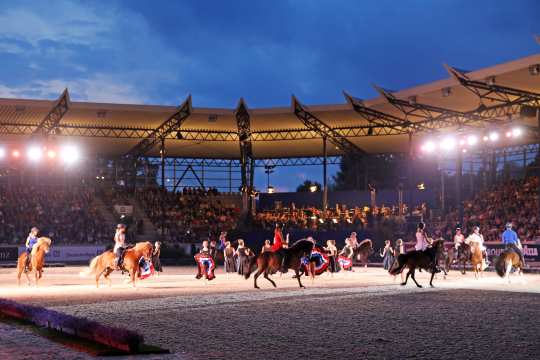 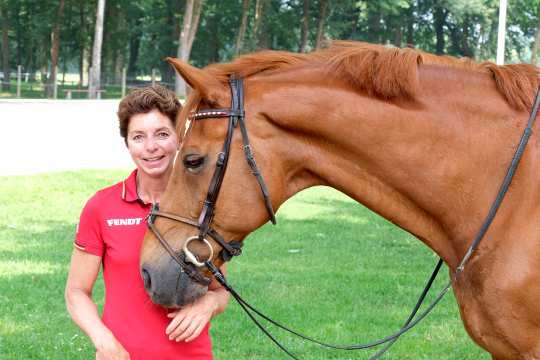 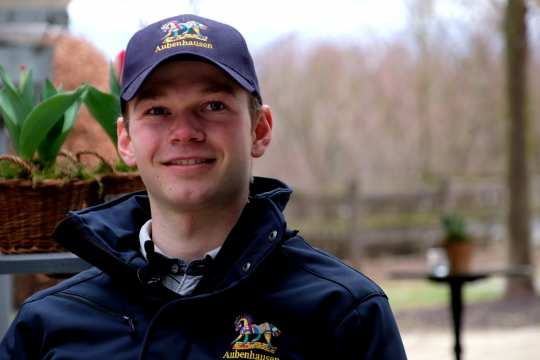 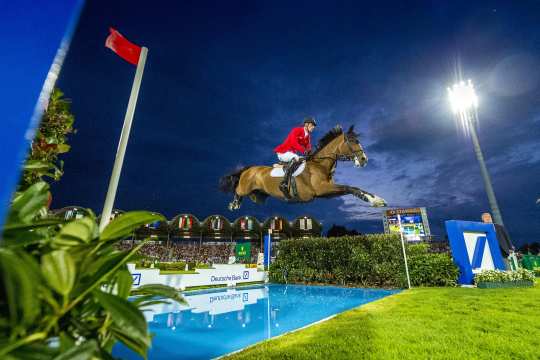 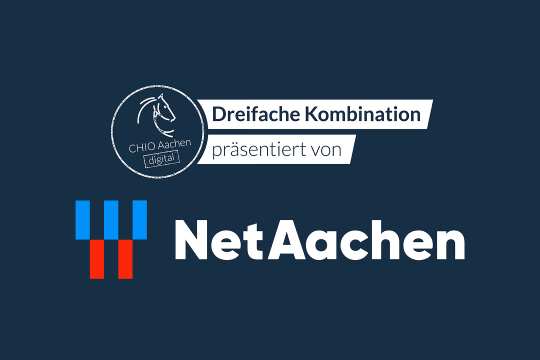 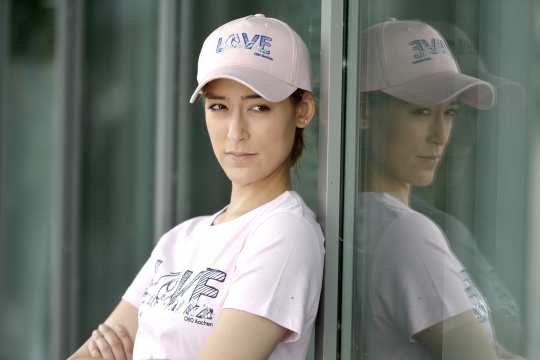 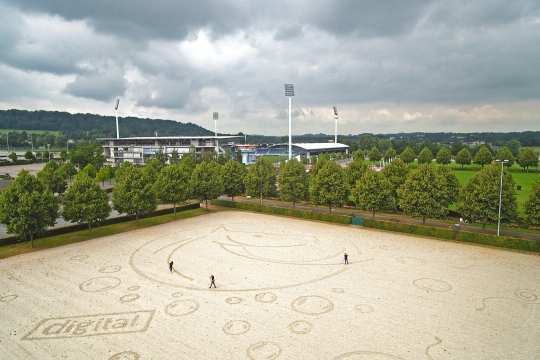 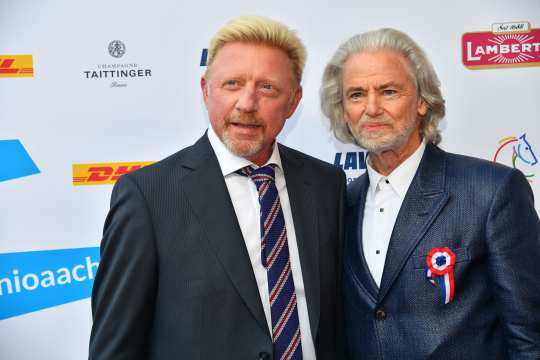 13.10.2020 Everything about the Opening Ceremony Read more 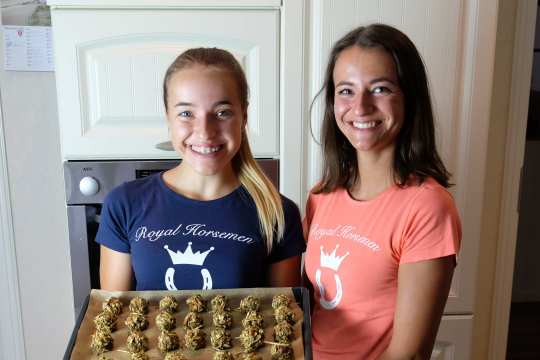 Rewards play an important role when training horses. Also gladly in the form of treats. Here are three recipes for you to bake yourselves. 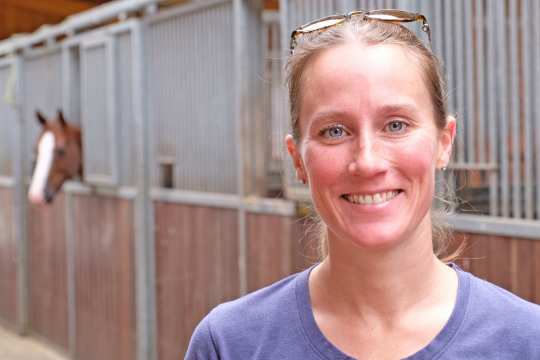 A smile appears on her face, when she talks about the CHIO Aachen. About the many emotional moments that she has experienced at the Soers. Helen Langehanenberg has already succeeded in having her name eternalised as winner of the Deutsche Bank Prize twice. The dressage rider will be closely linked with the World Equestrian Festival for ever. 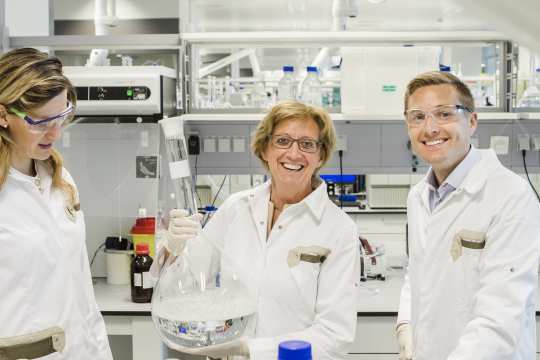 – Recurrent lameness is a huge problem for both the horse and rider, especially in equestrian sport. A good two months after its first launch, it can be reported at the “World Equestrian Festival”, CHIO Aachen, Germany, that the first stem cell-based product in horses approved in the EU is now on the market in many European countries. 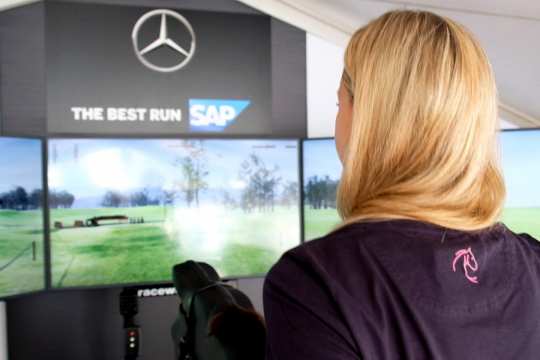 It all began with coloured notes. The digital experts from the global company SAP and the CHIO Aachen team met up in the “AppHaus” in Heidelberg a few years ago to discuss how one could jointly lead Germany’s biggest sporting event into the digital age. The outcome has been an exciting and equally successful partnership. 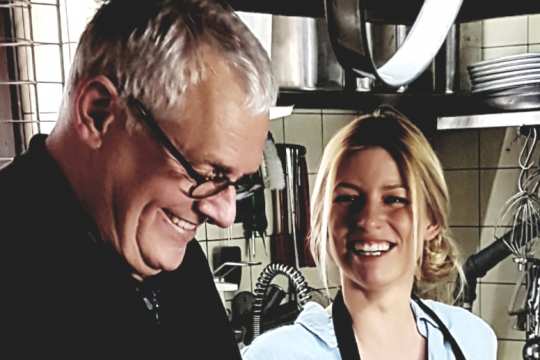 She – Germany’s most famous equestrian sport influencer. He – Aachen’s best chef. Both of them – wonderful entertainers. So, it was somehow obvious that Annica Hansen and Christof Lang would get on like a house on fire from the very first moment. We brought the two of them together, actually to cook, but indeed they spent most of the time chatting and laughing. 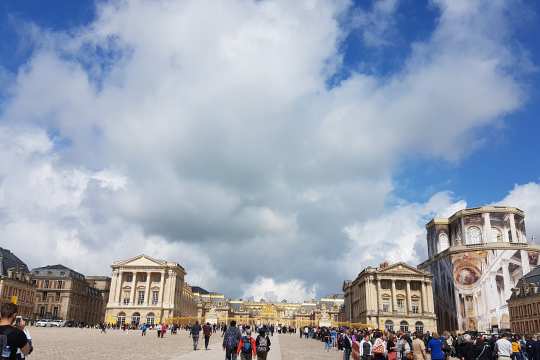 Louis XIV would definitely have liked the CHIO Aachen. He was a passionate rider and horse lover, he adored huge pageants, the pomp, the show. He used to set off for hunts and hacks from Versailles Palace, which stands for France more than any other castle. 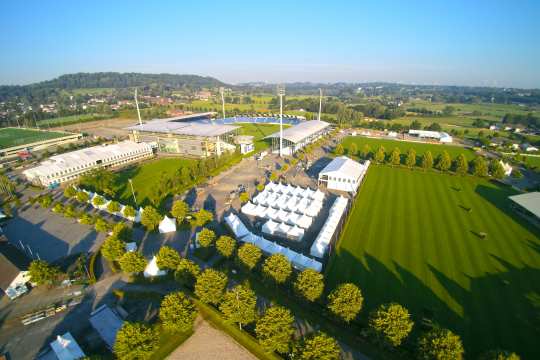 Soon. Very soon. That is when Germany’s largest sports event, which many people claim is the best of all, begins: The CHIO Aachen. We visited the Soers to take a look behind the scenes.

It is doubtful whether the visitors will notice that they are walking on art(ificial) grass. When tens of thousands of people traipse through the meadows of the Soers on Saturday, July 12th, during the SAP Cup, the eventing cross-country competition, they will be marching over Aachen’s biggest piece of art. Spanning 50 x 50 metres, Martin Stockberg created this masterpiece with a lawnmower.

The Witnesses of CHIO