Sanne Thijssen with Tippy Z fastest over ditches and banks


In the Prize of Soers, the show jumpers take on the role of eventers slightly, because part of the obstacles like the Coffin and the Billard are solid fences. Furthermore, they ride through the big pond. Sanne Thijssen from the Netherlands with her Zangersheide mare, Tippy Z, proved to be the most courageous and the fastest today. Tippy is a Tyson daughter, the former top horse of Sanne’s father, Leon Thijssen. Tippy did her father justice today, since she was the only horse to cross the finish line in under 60 seconds. 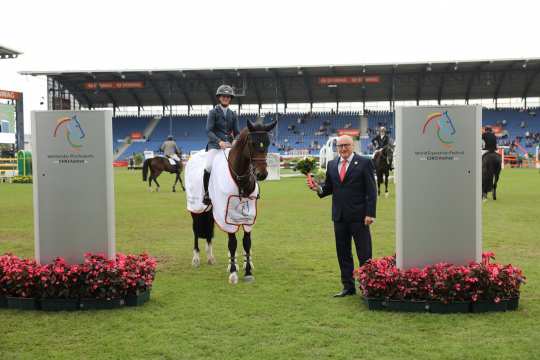