Buying. Selling. And ideally more successfully than everyone else. That is how simple the “Jumping Manager” works – an app that is celebrating its premiere during the CHIO Aachen 2021.

The concept is simple, the background complex. The app that was developed by the official CHIO Aachen technology partners, SAP and “Equiratings”, uses data from the “SAP Prediction Centre”. Market values are determined for horse and rider combinations based on historical results. Each player has a certain (virtual) budget at his disposal in order to purchase his four team members. The team that ultimately achieves the best result at the CHIO Aachen, wins the game. However, this market is in motion, so that a combination purchased early on – perhaps for a good price – can be sold at a profit.

The “SAP Prediction Centre” is capable of much more than “just” serving as the basis for the Jumping Manager. For example, the Equiratings developers accurately predicted the Olympic victory of Ben Maher and Explosion. Furthermore, facts and figures from the database are made available to journalists in real-time. 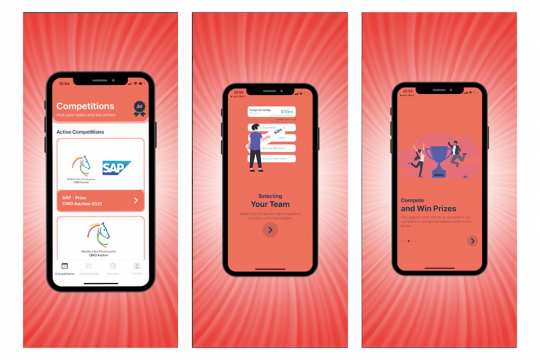 The Jumping Manager app is available for free in the stores.