The world elite in the Deutsche Bank Stadium

What a line-up: 20 of the top 25 of the world ranking list will be competing at the Aachen International Jumping 2020. From September 4-6, the world show jumping elite will be meeting up in the Deutsche Bank Stadium at the CHIO Aachen showgrounds.

A number of winners of the Rolex Grand Prix of Aachen are among the field of starters, alongside the old master Ludger Beerbaum, we can also look forward to Eric Lamaze (CAN), Marcus Ehning, Janne-Friederike Meyer-Zimmermann, Christian Ahlmann, Philipp Weishaupt (all GER), Gregory Wathelet (BEL) and of course Scott Brash from Great Britain – the only rider in the world, who has succeeded in winning the Rolex Grand Slam of Show Jumping to-date. The World Champion, Simone Blum, will be taking part as well as the number one in the world ranking list, Steve Guerdat from Switzerland, Daniel Deusser (GER, No. 3) and Belgium’s top rider, Pieter Devos (number 5 in the world ranking list). The aspiring young talents Laura Klaphake (GER) and Jessica Springsteen (USA) will be saddling their horses in Aachen too. Kevin Staut, Roger-Yves Bost and Penelope Leprevost will be making their way to the Soers from France and among others Maikel van der Vleuten and Harrie Smolders from the Netherlands, Sweden is placing its bets on Peder Fredricson (No. 4 in the world ranking list) and Henrik von Eckermann.

50 international top stars will be participating at the Aachen International Jumping, in addition 25 of the best young riders will be travelling to the Soers. “We are of course also using the show as an opportunity to further extend our commitment to young talents,” commented Frank Kemperman, Show Director and Chairman of the organisers, the Aachen-Laurensberger Rennverein e.V. (ALRV). A hygiene concept has been developed for the event in close coordination with the authorities, which will enable 300 spectators in the Deutsche Bank Stadium (capacity to hold 6,300). Anyone, who doesn’t manage to acquire a ticket will be able to follow the action on ARD, ZDF, WDR, Sportschau online and via ClipMyHorse.tv.

For all competitors, information and TV times see: www.chioaachen.de/de/aachen-international-jumping 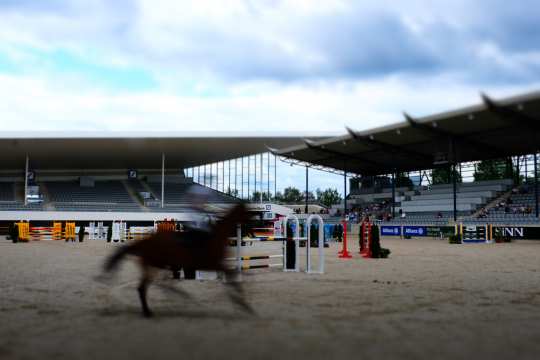