Sergio Moron Basoco and Farnham L dance to victory in the freestyle, the Prize of the Liselott and Klaus Rheinberger Foundation with just under 80 percent

The Spanish rider, Sergio Moron Basoco, already won the dressage competition for the Young Riders, the Prize of the Liselott and Klaus Rheinberger Foundation yesterday with his long-standing top horse, Farnham L. And they also danced to success today in the freestyle.

The rider, who lives in Barcelona, Sergio Moron Basoco and his twelve-year-old Danish warmblood Farnham L by Fürst Rousseau asserted himself against his fellow competitors with a score of 79.135 percent. Second place went to the Danish rider, Sara Aagard Hyrm with Atterupgaards Cooper (75.530) and the US-American dressage rider, Christian Simonson on the third Danish horse in the line-up, the eleven-year-old gelding, Son of a Lady (74.930 percent).

In 2022, the 20-year-old Sergio Moron Basoco is competing in Aachen for the second time. Among others he has already come fourth twice in the individual classifications of the European Championships of the Young Riders. His next goal with Farnham L, whom he already competed at the European Championships of the Juniors with, is the international U25 Tour, i.e. Grand Prix level.

Sara Aagard Hyrm has been a regular member of the Danish European Championships team since 2015, originally in the Ponies classification, then for the Juniors and now for the Young Riders. Her horse, Atterupgaards Cooper, more or less competed against its own mother here in Aachen. That is namely none other than Atterupgaards Orthilia, which was a member of the victorious Danish team in the Lambertz Nations Cup under Nanna Skodborg Merrald today. However, Sara already knows the Deutsche Bank Stadium well, because last year she was a participant in the CHIO Aachen CAMPUS Excellence Programme and received tips from Isabell Werth.

In 2022, Christian Simonson is participating in the “European Tournament” for the second time. He competed in the Horses & Dreams for the first time in 2021 and won the freestyle competition first time round, albeit with a different horse. His current partner, Son of a Lady, was previously ridden by Carina Cassøe Krüth, who was also a member of the Danish team in the Lambertz Nations Cup. 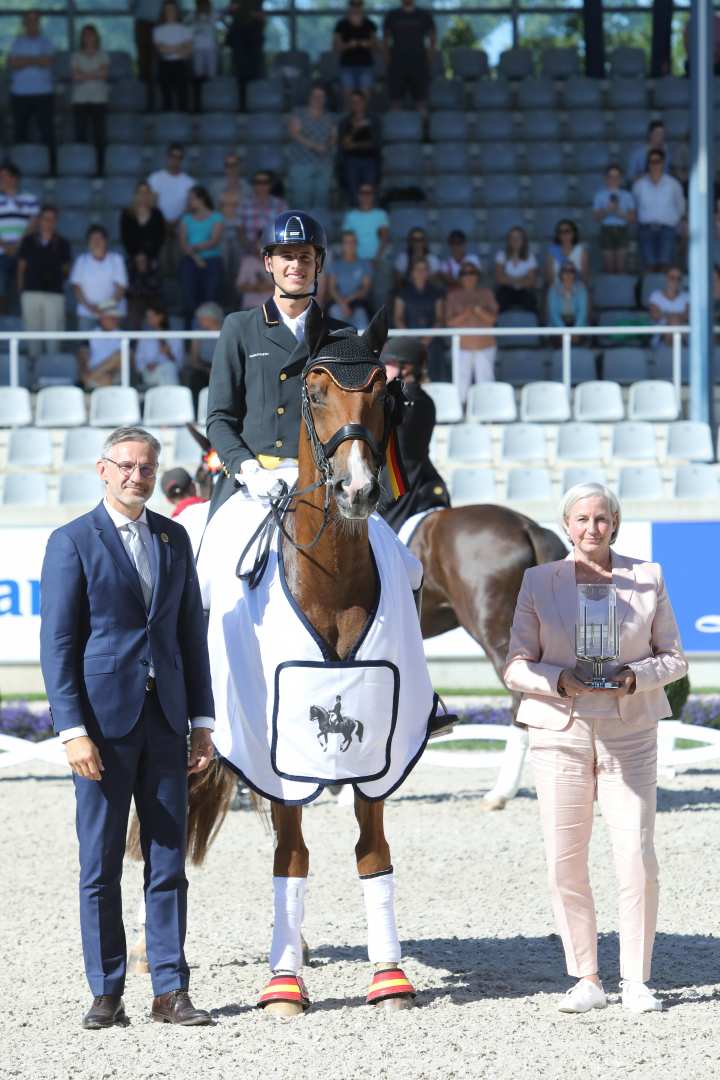