Under the spotlights of the Brabanthal arena, the world’s best horse and rider combinations battled for the pinnacle prize of the weekend, all vying to start their Rolex Grand Slam journey.

The 13 riders clear and through to the jump off included Great Britain’s Scott Brash, the only rider ever to have won the Rolex Grand Slam of Show Jumping, which increased the pressure for the competitors. Eighth to go, Marcus Ehning raised the bar with a speedy clear round in 37.80 secs but it was Belguim’s Niels Bruynseels who shifted the pace up a gear to clinch the victory in 37.10 secs and his first ever Rolex Major win.

Next stop in his personal Rolex Grand Slam of Show Jumping: The CHIO Aachen 2018. 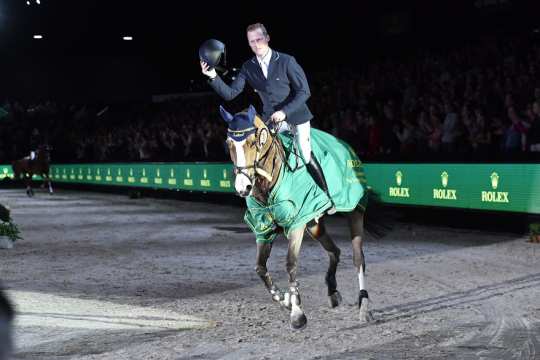 The winner in the Rolex Grand Prix of the Dutch Masters-Indoor Brabant : Niels Bruynseels with Gancia de Muze.