Richard Vogel with the fastest youngster

Three classes, two victories – that is possible as Richard Vogel from Viernheim in Baden-Württemberg has demonstrated. After winning the opening jumping in the morning, he continued on his course of victory with a triumph in the Sparkassen-Youngsters-Cup.

The 23-year-old won the young horse competition with “Stardust Degli Assi”, although the pair have only just recently started competing together. “It is only our third show together,” stated Vogel. Sophie Hinners came second with “Istabraq Tcs”, ahead of Max Kühner from Austria, whose gelding bears the awesome name “Eic Cooley Jump the Q”. Followed by Janne-Friederike Meyer Zimmermann and Chaka Chaka, Christian Ahlmann and Nijinsky de Kalvarie, Ludger Beerbaum with Zidan, Marcus Ehning with Cupfer and Kevin Staut with Celantus, the subsequent ranking read like a who’s who of the international equestrian sport. 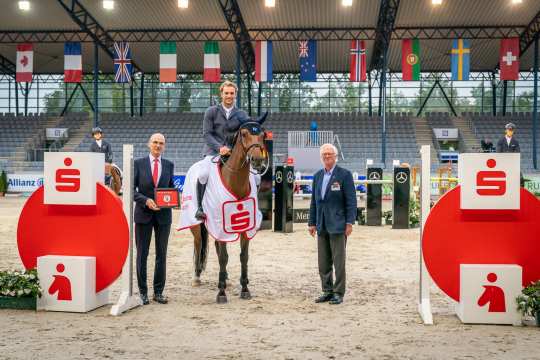