Party at the Opening Ceremony

2,400 legs will be hustling into the Main Stadium during the Opening Ceremony of the World Equestrian Festival, CHIO Aachen, on Tuesday evening, July 18th. 200 horses and 800 extras will represent the German/Dutch friendship and neighbourly relations in a breath-taking and equally entertaining way.

Because the Kingdom of the Netherlands is the partner country of the CHIO Aachen. And one of their most famous party bands is the “Hermes House Band”. Whether they will also play hits from their successful album “Champions” during the Opening Ceremony? It would definitely make sense, because after all Holland’s Jeroen Dubbeldam, who is the current World and European Champion, Olympic gold-medallist from the year 2000 and winner of the “Rolex Grand Prix” in 2001 will also be taking part in the Opening Ceremony. And you can hardly get more than a champion than that.

It is going to be a “celebration” in the true sense of the word, the visitors can look forward to 105 minutes of perfectly choreographed entertainment. There are going to be plenty of surprises, for example the question as to what a typical Dutch carriage looks like will be as creatively answered as the question as to what football and equestrian sports have in common. A still very youthful blonde celebrity is also going to be on board – even though she was already in her mid-20s in 1961: Frau Antje, the advertising icon, popular figure and passionate rider. 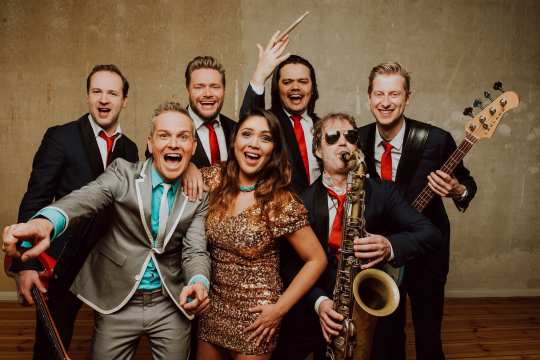