Eventing legends compete against each other: Choose who will be part of the competition!

CHIO Aachen is going digital this year and working with EquiRatings and SAP, we are able to offer a virtual Eventing competition, with perhaps the best field ever seen. The eventing simulated competition will take place on Friday 7th August & Saturday 8th August. The Champion of Champions brings together the combinations from the previous CHIO Aachen Podiums plus some wildcards from the top 10 - who will gain their place via a fan vote.

Have you ever wondered what would happen if the champions of the past took on the champions of today at one of the most iconic venues in Eventing?  Think 2006 Aachen World Champions Zara Tindall & Toytown lining up against 2019 European & Aachen Champions Ingrid Klimke & SAP Hale Bob. The usage of the latest SAP software allows us to do that kind of simulations and helps us to forecast the results of this legendary field of riders.

20 combinations have already been selected & the final 10 will be up to you. Who would you like to see competing back at Aachen?  Over the next 10 days you will have the chance to vote for your favourite combination in exclusive head to head contests.

The draw for the final 10 places will take place on Tuesday 30th June at 8pm across the EquiRatings & CHIO Aachen Facebook channels and live on Clipmyhorse.tv.  You will then have the opportunity to cast your vote each day on the EquiRatings Facebook channel from 30th June – 9th July and decide the final CHIO Aachen digital Champion of Champions line up.

And the best part: Fans will be able to select their own team of four to compete based on a budget using the EquiRatings Eventing Manager app. Play against your friends in your own private leagues & compete for your country in the League Challenge. Download the game for free & play along with us as we find out who will be crowned Aachen Champion of Champions.

The market for the competition will open on Friday 10th July. Click here to download the app. 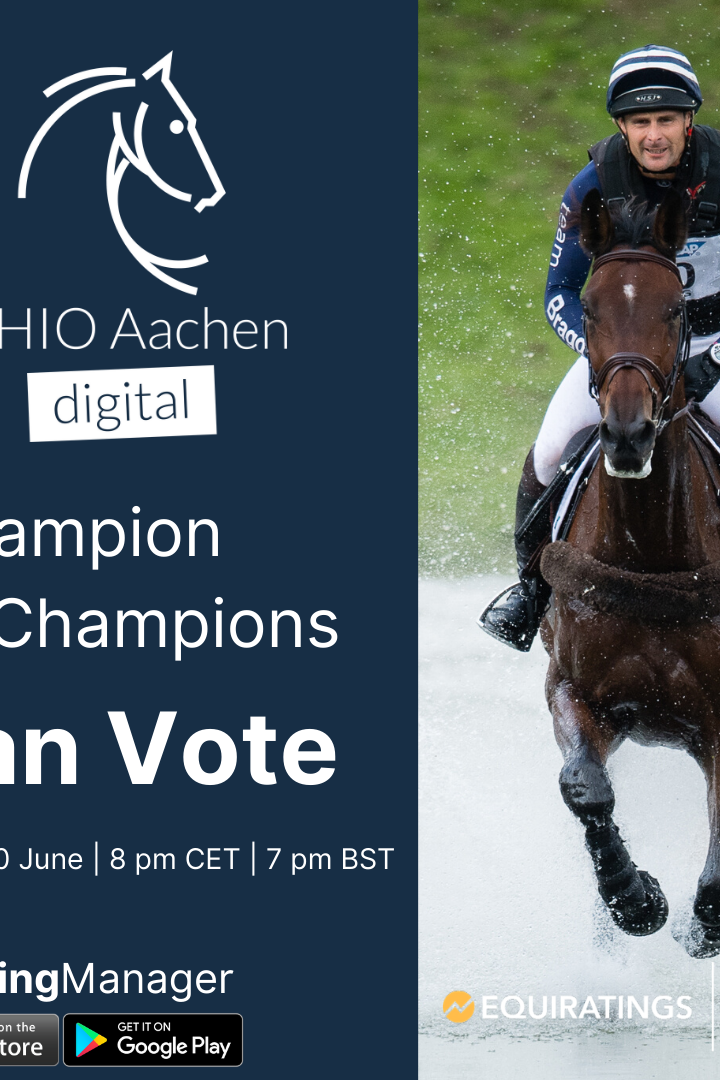