Scope and quality of the broadcasts constantly further developed

ARD and ZDF have extended their partnership with the CHIO Aachen long-term. SportA, the sports rights agency of ARD and ZDF concluded the corresponding agreement with the organisers of the CHIO, the Aachen-Laurensberger Rennverein (ALRV).

As such Germany’s largest equestrian sport event will be broadcast live on public television and in further public offerings including extensive accompanying coverage in future too. The agreement encompasses the exclusive audio-visual broadcasting rights of CHIO Aachen for all distribution channels and is valid until the year 2022.

“Riding not only has a long tradition in Germany, but also at ARD and the CHIO Aachen is one of the most famous events worldwide. This is why it is a great success that we are able to continue our great cooperation with the CHIO in the coming years and have secured the most important equestrian sport broadcasts for ARD and our programme.”

“The coverage on riding is an important element of ZDF’s sports portfolio. Since we want to continue transmitting a diverse range of sports in future too, we are eagerly looking forward to the fantastic moments of this famous event.”

“With its mixture between top sport and a diversified supporting programme, but also its social relevance, the CHIO Aachen is of outstanding importance for our coverage. We will continue to accompany this traditional show in the future with high production-related and editorial effort and will cover the event extensively within the programme and offerings of WDR.”

“Our partnership with SportA not only guarantees that the CHIO Aachen will continue to be a free-to-air service, but additionally secures in particular the high quality of the transmissions,” stated Michael Mronz, General Manager of the Aachener Reitturnier GmbH (ART). He further noted that as a result of the complex broadcasting efforts and close cooperation between the channels and the ALRV, this high quality has been continually further developed in the past. Mronz thanked the people responsible at ARD, ZDF and WDR for this intense collaboration, because: “This is what makes it possible to convey the incomparable CHIO Aachen atmosphere more accurately to the TV viewers at home.”

Over the past years more than 30 hours of coverage of the CHIO Aachen was broadcast on ARD, ZDF and on WDR. 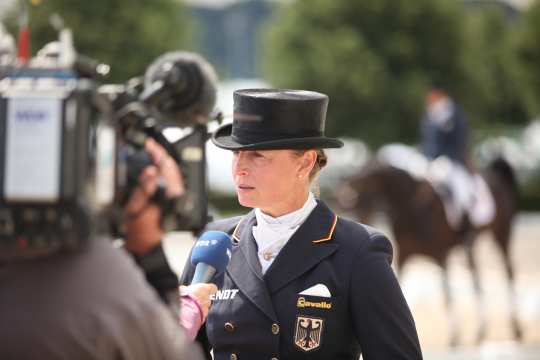