As a replacement for the Youth Olympic Games, the FEI Youth Equestrian Games are being staged during the CHIO Aachen 2022. 30 young talents from 30 nations will be travelling to the Soers to compete against the best of the best.

Being able to ride on the Holy Grass at the Aachen Soers, rubbing shoulders with the world elite of their sport: This dream is going to be fulfilled for the participants of the FEI Youth Equestrian Games, which are being staged in the scope of the CHIO Aachen 2022. Not only the young riders aged between 14 and 18 years, but also the organisers of the CHIO Aachen are looking forward to these classes with great anticipation. “The competitions fit in perfectly with our youth concept and our commitment to aspiring athletes,” stated Frank Kemperman,
CHIO Aachen Show Director.

Originally, the competitions were planned as part of the Summer Olympic Youth Games in Dakar (Senegal), which unfortunately had to be postponed until 2026 due to the Corona pandemic. “For the FEI it was important to find a replacement for the Youth Olympic Games so a whole generation of youth were not robbed of their dream of participating at the Olympics,” Ingmar De Vos, President of the FEI, explained  and added: “The Youth Equestrian Games are a unique opportunity to promote our young athletes at top level and at the same time make them familiar with the integral Olympic values.” 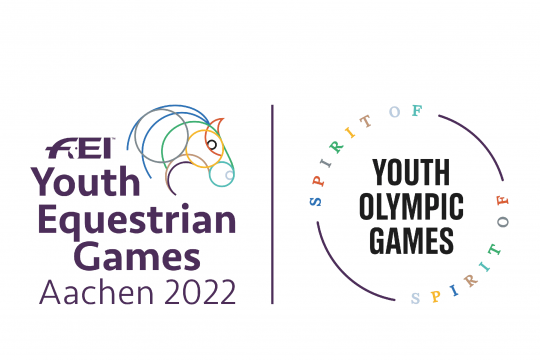 Now 30 young talents from 30 nations will be travelling to Aachen to find the best of the best. The list of the qualified nations ranges from Egypt and Guatemala, to New Zealand, through to Uzbekistan. And Germany is also sending a candidate to this event for the first time. The young talents will be competing amid the fantastic setting of the Main Stadium, both in an individual class and in a cross-continental competition and will thus experience the legendary CHIO Aachen atmosphere. The event kicks off on Wednesday, June 29th, with the first round of the team competition, where a team comprising of five riders will compete per continent (Africa, North and South America, Asia, Australia and Europe). The decisive second round will be held on the Thursday (June 30th). The decisive second round will be held on the Thursday (June 30th). After a one-day break, when the participants will attend a training course of the FEI “Education Programme” covering the themes mental fitness, event preparation and safe sports, the individual classification will be contested on the Saturday (July 2nd). The festive highlight will be participating in the Farewell of the Nations ceremony on July 3rd, when the aspiring talents will be celebrated by the crowd alongside the participants of the CHIO Aachen.

Find out who takes part at the Youth Equestrian Games: To the Competitors. 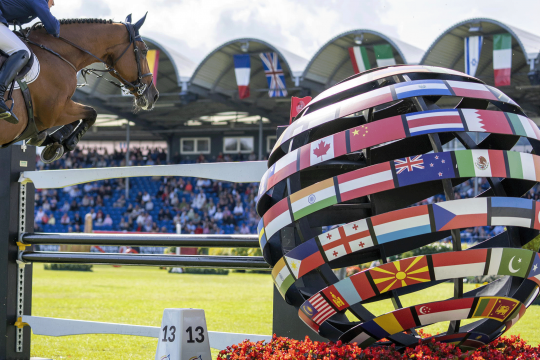 30 talents from 30 nations are at the start. (Photo: Arnd Bronkhorst)