Every second Sunday in the month: The digital CHIO Aachen Magazin is becoming a perennial format

100 percent CHIO, 100 percent online, 100 percent free: In future there is going to be one whole hour of pure CHIO Aachen once a month on the website, YouTube and Facebook. The digital CHIO Aachen Magazin is becoming an evergreen.

“The CHIO Aachen fans have a huge longing for their show,” said Stefanie Peters, President of the Aachen-Laurensberger Rennverein e.V. (ALRV). Six episodes of the digital CHIO Aachen Magazin were already broadcast at the beginning of August. Originally planned as a one-time replacement for the World Equestrian Festival 2020 that had to be cancelled because of the Corona pandemic, the “Online CHIO” met with such a positive response that there is going to be an edition once a month from now on – on every second Sunday evening of the month, always at 7 p.m.

Edition number 7 will be broadcast next Sunday, September 13. It is completely subtitled in English. The programme that lasts approx. one hour will be broadcast free of charge on the YouTube channel of the CHIO Aachen, on Facebook as well as on the website at chioaachen.de. It will additionally be streamed via ClipMyHorse.TV. The host is once again the CHIO Aachen stadium presenter, Annica Hansen. This time she chats with the show-jumper Janne Friederike Meyer-Zimmermann – among others about the Aachen International Jumping, Janne’s victory in the Rolex Grand Prix, but also about a missing belt – which since Janne is always in good spirits is a great pleasure. Many other stars from the sport and beyond belong to the cast of the meanwhile seventh edition of the digital CHIO Aachen Magazin: Steve Guerdat and Simone Blum as well as Marcus Ehning, Giovanni Zarrella and Laura Klaphake. In addition to this we demonstrate how show-jumpers and dressage riders can benefit from each other, we accompany a groom, and as a special highlight, we will share with you many outtakes from episodes 1 to 6 with the presenters Annica Hansen and Saskia Meyer-Hellwig. 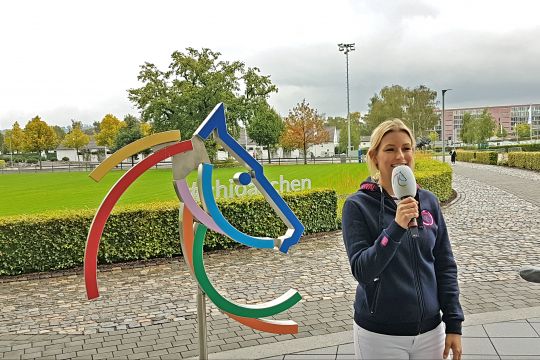