When one is back in Aachen again at last, one has to make the most of it. That is probably what Chris Pratt from Canada though, when he energetically galloped towards the first obstacle in the jump-off of the Sparkassen-Youngsters-Cup. And his tactics paid off – Pratt won a second class with his talented young horse.

Pratt’s swift mare Newberry Balia mastered the course as fast as fury and nimbly. The clock stopped at 38.88 seconds. That meant they were fractionally faster than the hitherto leaders, Christian Kukuk and Jim-Bob H, who reached the finish line of the jump-off course in 39.14 seconds. Pratt totally praised his young mare, who he has only been riding for a month: “She is simply made for riding fast. And she has a great character too. I think she can achieve anything.”

It was a successful weekend at the Aachen International Jumping for Pratt. “It is fantastic here, the conditions are superb. All of the top riders are present. I am happy to be here and I am enjoying every minute of it.” 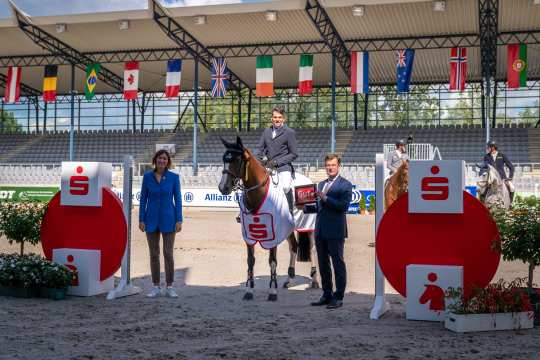