The equestrian sport has many facets, it tells exciting stories and it can be incredibly emotional. The “Silver Camera”, which pays tribute to the best equestrian photo of the year, proved this once again on Saturday evening.

What are the characteristics of a good photo? The motif? The quality? The mood? A first-class jury have to answer this question every year, because the organisers of the CHIO Aachen, the Aachen-Laurensberger Rennverein e.V. (ALRV) traditionally confers the “Silver Camera” for the best international equestrian sport photo of the year. 86 photographs had been submitted, but only one could win. This year the former national trainer of the Dutch show-jumpers, Rob Ehrens; last year’s winner, Diana Wahl; Andreas Müller (CEO Media House Aachen) and member of the ALRV Board, Birgit Rosenberg selected the winner and the runners-up. “The quality of the photos is outstanding. It wasn’t easy to make a decision,” stated Birgit Rosenberg. Ultimately, Mirka Nilkens’ entry convinced the first-class jury. Her photo that captured an exceptional moment during a prize-giving ceremony at the Aachen Dressage Youngstars in 2021, particularly stood out among the submitted photographs  due to its perfect interplay between emotions and technique. Second place went to the photographer from Aachen, Andreas Steindl, who was able to capture an intimate moment at the end of an eventing competition. Andrea Rodriguez came third with a unique occurrence between a dressage horse and pigeons.

The “Silver Camera” is awarded by the Aachen-Laurensberger Rennverein and was initiated by the artist, Wolfgang Lamché. The prize was presented on Saturday evening by the ALRV Supervisory Board member, Peter Weinberg. The winner received prize money to the value of 2,500 Euros, second place picked up 1,000 Euros and third place 500 Euros. 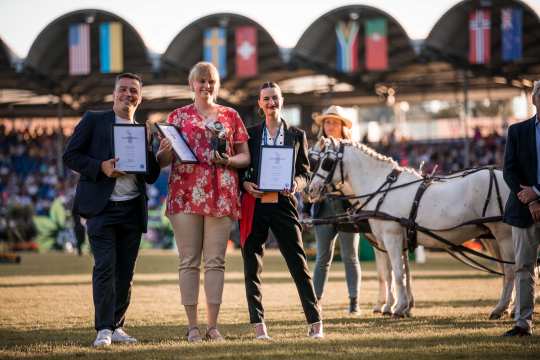 Now they know what it feels like to be in front of the camera: Andreas Steindl, Mirka Nilkens and Andrea Rodriguez (from left, photo: CHIO Aachen/ Franziska Sack). 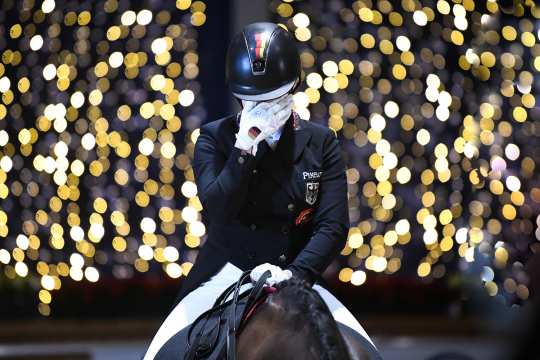 1st place: Mirka Nilkens. Her photo shows an extraordinary moment during an award ceremony at the Aachen Dressage Youngstars 2021. 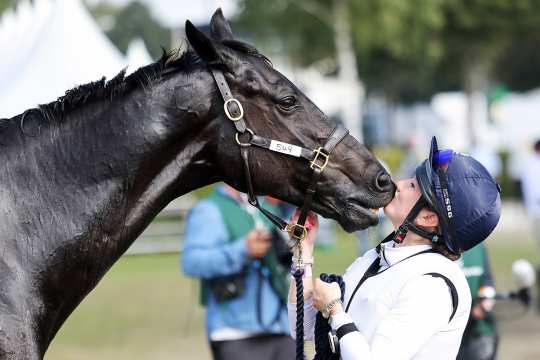 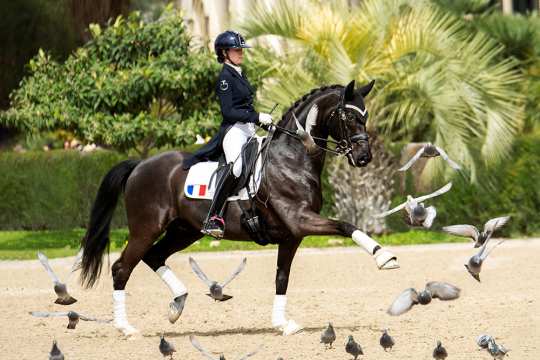