Media Night at the CHIO Aachen: The party after the party

From the party band to the party night: While the Hermes House Band were doing their last encores in the Main Stadium late yesterday evening at the end of the Opening Ceremony, a true CHIO Aachen classic commenced in the “Champions’ Circle”: The Media Night.

The actress Veronika Ferres had to really think about it. The journalists on the red carpet wanted to know what she had looked forward to the most. “To all the horses and the athletes,” she replied, “but also to my friend Michael Mronz. And to driving into the Main Stadium in the carriage.” Which is where she paid tribute to Isabell Werth by presenting her with the “Silver Horse”, “an athlete that I greatly admire”. The actress Mariella Ahrens also travelled to the Soers, as well as the new Prime Minister of North Rhine-Westphalia, Armin Laschet. The co-presenter Hermann Bühlbecker had brought the actress Isabelle Huppert with him to Aachen. Previously, the guests from the public sector and from the worlds of sport, politics, business and the media experienced the spectacular Opening Ceremony focusing on this year’s partner country, the Netherlands, together with 40,000 spectators in the sold-out Main Stadium. Subsequently, they celebrated late into the night enjoying the exceptional CHIO Aachen atmosphere and the exquisite catering of “Do&Co” from Vienna. 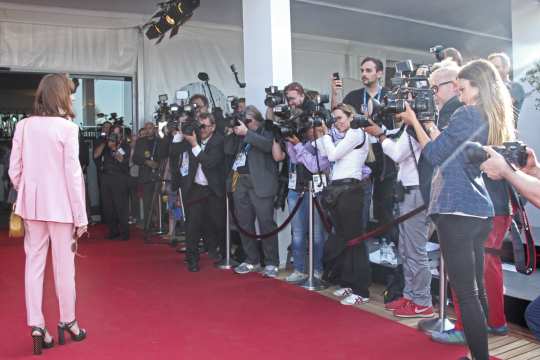