“He loves Aachen,” Marcus Ehning said about his outstanding horse, Pret A Tout. And that is why he will be retiring the 18-year-old gelding from the sport at the CHIO Aachen 2021. Their joint journey will thus come to an end at the showgrounds in the Aachen Soers.

Pret A Tout – ready for all. The name of the Selle Français gelding is extremely apt. He was 12 years old, when Marcus Ehning took over the reins in 2015. He had previously helped the aspiring young rider Kaya Lüthi make her breakthrough into top sport. She won silver at the European Championships of the Young Riders three times with him, twice with the team and once in the individual classification. Marcus Ehning knew immediately after jumping the first few fences: “This is a special horse.” A horse he quickly made friends with. The chemistry was simply right. And so the two of them set off on an exceptional journey which continually led them back to Aachen where they enjoyed memorable moments.

In 2016, 2017 and 2018 the pair took gold with the team in the Mercedes-Benz Nations Cup three times in succession – a unique result! 2018 was also the year that the horse and rider combination celebrated their biggest achievement on the Sunday of the show. After claiming the victory in the Rolex Grand Prix, the Hiram Chambertin-Stew Boy gelding contributed towards his rider’s name being engraved on the legendary winners’ board for the second time after 2006. In December of the same year, the pair also rode to victory in the Rolex Grand Prix in Geneva. And since both Aachen and Geneva make up part of the Rolex Grand Slam, Marcus Ehning was only the second rider to-date, who has succeeded in picking up an extra bonus in this prestigious series. Later in the same year, the pair crowned their list of joint achievements with team bronze at the World Equestrian Games in Tryon (USA).

According to Marcus Ehning, his uncomplicated nature, his speed, fantastic rideability and unrestrained will to always give his best are the characteristics that distinguish the horse. “He is very well-behaved, indeed quite a calm chap at home,” is how Marcus Ehning describes his sports partner. “But when he enters the ring, he transforms completely and is very attentive.” He added that Pret A Tout particularly feels at home in big arenas, like the Main Stadium in Aachen. And that is precisely where the pair are returning to now, to that venue which they associate with so many fantastic victories and emotional moments. What is planned for the farewell ceremony hasn’t been revealed yet. “It is going to be a surprise,” the Show Director, Frank Kemperman, said . But one thing is already certain: It is going to be a very emotional affair!

Tickets for the jumping classes at the CHIO Aachen are available from the online ticket shop. 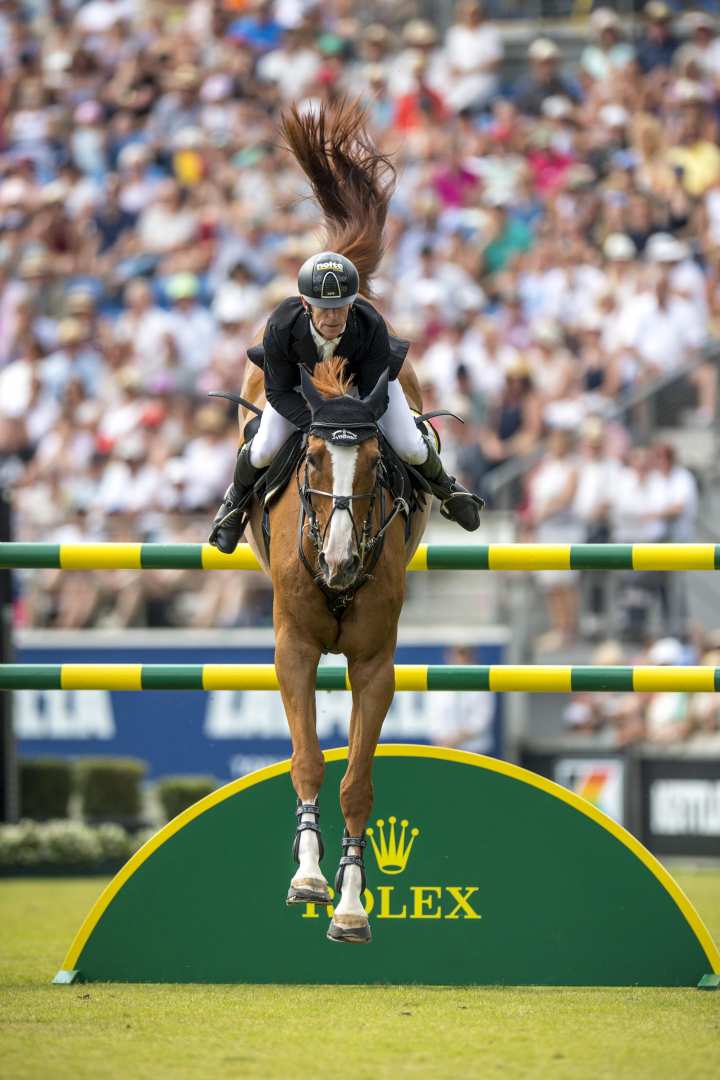