Isabell Werth and Bella Rose: Postponed is not cancelled

One day later Isabell Werth can laugh about it: “Like so often before, Bella Rose had her own plans.” The most successful rider in the world had actually wanted to officially retire her “soul mate” at the CHIO Aachen, however an operation following a colic has ruled this out.

Bella Rose is fine again, she recovered from the operation well and is now relaxing after the exertions of the last few days. This means there won’t be an official farewell ceremony from the sports circuit this year, but one thing is clear for Isabell Werth and the CHIO Aachen organisers: Postponed isn’t cancelled. “We already have something in mind,” CHIO Aachen Show Director, Frank Kemperman, said: “We will decide the firm details after the CHIO.” A ceremony with just video clips and no horse is definitely out of the question: “That wouldn’t do justice to either Bella or the crowd in Aachen,” explained Isabell Werth.

But no fear, the spectators won’t have to do without Isabell Werth at this year’s CHIO Aachen. The Deutsche Bank Prize record holder will be entering the arena in Aachen on Friday and Sunday with DSP Quantaz. 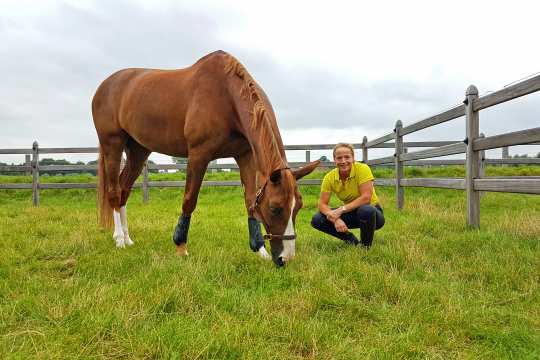