Ulla Ramge: Aachen is the Highlight of the season

They are acrobats on horseback and with their spectacular exercises in the air and acrobatic top performances always attract a totally ecstatic crowd: The vaulting discipline was integrated into the CHIO Aachen in 2007. The Competitive Sport Working Committee of the German Olympic Equestrian Committee (DOKR) has now decided which teams and individual athletes they are going to send to the CHIO Aachen 2016 (July 8th-17th). We spoke to the national coach, Ulla Ramge, about the nominations.

Question: Are you satisfied with the teams and athletes that are going to be competing for Germany at the CHIO Aachen?

Ramge: Of course. Only the crème de la crème is travelling to Aachen, those who have put in top performances in recent months. Whereby in some areas we really have a true luxury problem. For example, in the men’s classification we could easily send eight top athletes to Aachen instead of four. We are bringing very strong men with us, who will contest a “battle of the giants” in the Albert-Vahle Arena. And in the ladies’ classification, we are also going to be represented by world-class vaulters, i.e. the Vice European Champion, Corinna Knauf.

Question: And what about the teams?

Ramge: Whether the reigning World and European Champions, the RSV Neuss-Grimlinghausen team will be able to take part is not yet sure, the team wasn’t able to compete at the CVI*** in Krumke, because their mare Delia wasn’t fit. But VV Köln-Dünnwald in particular is an extremely strong team that knows Aachen well. Among others, they will be performing a wonderful freestyle routine in Aachen to music from the “Lion King”. Two new pairs will be competing in the pas de deux this year. I am excited to see how they perform in Aachen.

Question: And what are your expectations?

Ramge: Very high, of course. Aachen is the first highlight of the season and this is where the tickets for the World Championships in Le Mans will be handed out. So, all of the athletes will be giving their very best. Furthermore, the absolute world-elite meets up at the CHIO Aachen. It is going to be three exciting days for us. The participating teams and athletes from France are going to be our chief rivals, but Austria, Switzerland and the USA are very strong too.

Question: What does participating at the CHIO Aachen mean for the vaulters?

Ramge: Aachen is the last big step before the World Championships this year. All of the vaulters are desperate to compete there, it is big dream for many of them. The special thing about Aachen is not just the excellent sporting conditions and the perfect organisation, but also the flair of the entire event. Everything is a league higher here: From the attendance figures, to the media presence. I don’t know any other show, where the line-up of participants is as high-calibre as here and where top athletes from all over the globe are represented. We are totally looking forward to Aachen, as every year!

The following teams and athletes will represent Germany:

VV Ingelsberg I with Lazio and Alexander Hartl

VV Köln-Dünnwald I with Danny Boy and Patric Looser

Daniel Kaiser with Down Under and Nina Vorberg 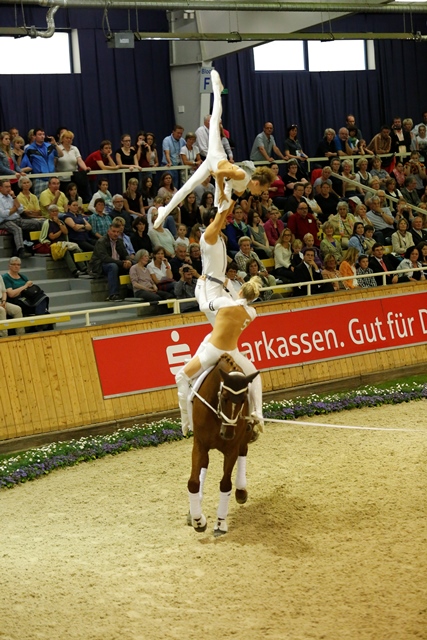