Throughout his entire life, Carl Meulenbergh has had strong ties to horses in general and to the CHIO Aachen in particular. Initially, as an independent farmer and breeder, later in political functions and over the course of 26 years in a wide range of honorary positions at the Aachen-Laurensberger Rennverein e.V., organisers of the CHIO Aachen – most recently from 2010 to 2020 as President. During this period, he rendered outstanding services with “his know-how and tranquility” also regarding the unfailingly good relations between the “biggest equestrian sport association in the world the best show in the world,” commented Hans-Joachim Erbel, President of the German Equestrian Federation (FN). For his dedication and overall commitment, Carl Meulenbergth was distinguished with the FN’s German Rider’s Cross in Gold by Hans Joachim Erbel during the CHIO Aachen 2021. Erbel also greeted Carl Meulenbergh heartily from his predecessor Breido Graf zu Rantzau and congratulated him on behalf of the entire Executive Board of the FN. 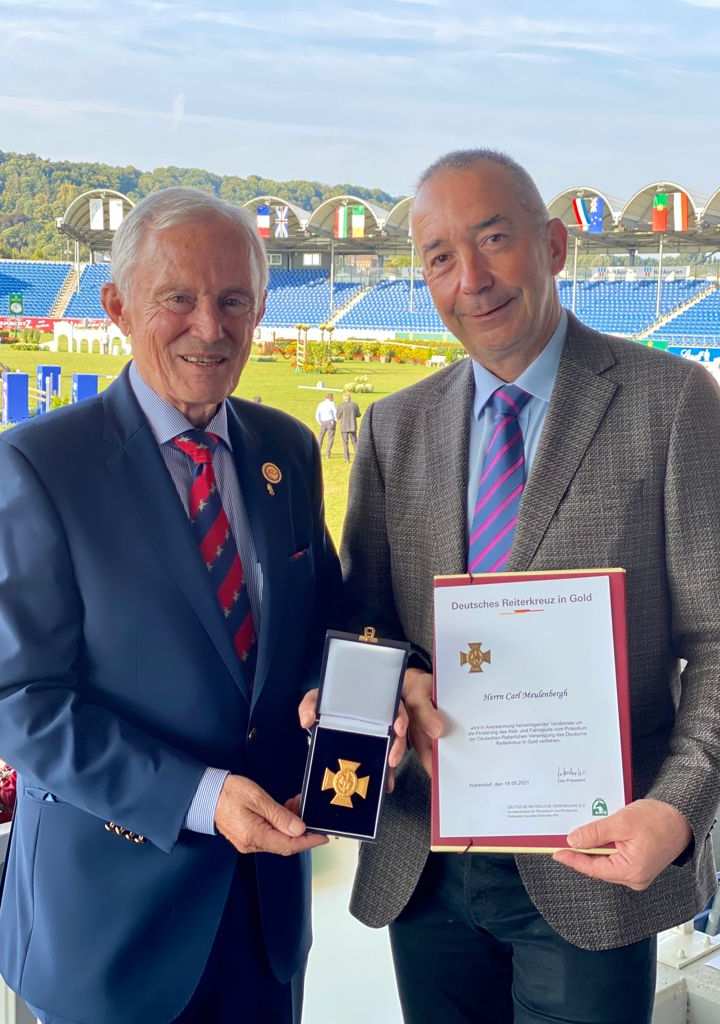