43 journalists, onliners and social media stars submitted their applications and turned the premiere of the “Silver Horse” as an online award into a total success.

For more than 30 years the distinction for outstanding journalistic performances was awarded in the areas Print, TV and Radio. However, in the same way that the media landscape is changing, the prize changes suit too and thus for the first time in 2018 one will be announcing: “The Silver Horse. The Online and Social Media Award in Equestrian Sport”.

The jury, comprising of the dressage rider, Nadine Capellmann (whose father Kurt Capellmann initiated the prize at the suggestion of Earl Leopold von Rothkirch and Trach ); Ute Gräfin Rothkirch and Wolfgang Brinkmann (both from the German Riding & Driving Association), Social Media star Annica Hansen and Michael Mronz (CHIO Aachen), was impressed by the diversity and quality of the submitted entries. Blogs and social media platforms were among the submissions as well as classic media that have mastered the transformation into the digital world in a wide variety of ways.

The nominees are (in alphabetical order):

The winner will be announced during the Opening Ceremony of the CHIO Aachen 2018 on July 17th. The five best entries will be placed, the winning entry will receive the “Silver Horse” and prize-money to the value of 3,000 Euros. Second place will be rewarded with 2,000 Euros and third place is endowed with 1,000 Euros. 500 Euros goes to fourth and fifth place apiece. The prize is conferred jointly by the German Riding & Driving Association (DRFV), the Aachen-Laurensberger Rennverein e.V. (ALRV), Gina Capellmann-Lütkemeier and Nadine Capellmann. 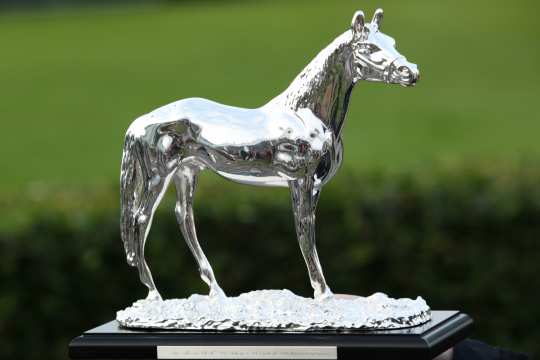