The German dressage team provides a constant supply of medal winners at the Olympic Games. The team is also predicted good chances at the Games in Rio in the late summer. Its work to promote upcoming talent has also been exemplary for years, its latest project: The Equestrian Sport Academy of the Deutsche Bank. The “Prize of the Liselott & Klaus Rheinberger Foundation”, the international U25 Piaffe Prize has been staged at the CHIO Aachen for years already too. We spoke to the national coach, Monica Theodorescu, about victories and concepts.

Question: The German U25 dressage riders recently took the European Championship title. Why does Germany also head the rankings in the dressage in the youth sector?

Monica Theodorescu: No top rider has ever suddenly fallen from the sky. Our promotion, the entire structure of promoting youngsters is very good, from the pony riders through to the adult riders. Our current team has a lot of experience at championship level, all of them have already attained great results in their respective age groups. We are now reaping the benefits of long-term work. The Piaffe Prize for example has already been running for over 15 years. It is super to see how well the young riders are developing, that is really pleasing.

Question: Does this make it easier for the young riders to join the top level competition circuit?

Theodorescu: Of course, much easier in fact. Sanneke Rothenberger and Nadine Husenbeth for instance are in our B squad and also ride Nations’ Cups at Grand Prix level. Sanneke was on the long list for the European Championships in Aachen last year. There isn’t really a difference between the youngsters and the adults anymore.

Question: What role does the Equestrian Sport Academy of the Deutsche Bank play?

Theodorescu: All four of the current U25 European Champions are members of the Deutsche Bank Academy, that says a lot. On top of that the two riders, who are not yet in the squad, Florine Kienbaum and Juliette Piotrowski, have also been riding internationally much more frequently and are now much closer to getting a place in the squad as a result. The work that the commitment of the Deutsche Bank makes possible, simply pays off. For me the most important thing is that the athletes have the opportunity to compete more at international level. For Nations Cups one often has to arrive at the show on Wednesday, Thursday at the latest. So one has to miss work, the investment of time and money is huge. This would hardly be feasible without this support.

Question: The Deutsche Bank Academy is offering Victoria Michalke the chance to compete at the CHIO Aachen 2016…

Theodorescu: She is very consistent with two Grand Prix horses. She will ride “Dance on” at the CHIO Aachen, with whom she performed very well recently in Wiesbaden and Balve. She really did deserve this opportunity to compete. 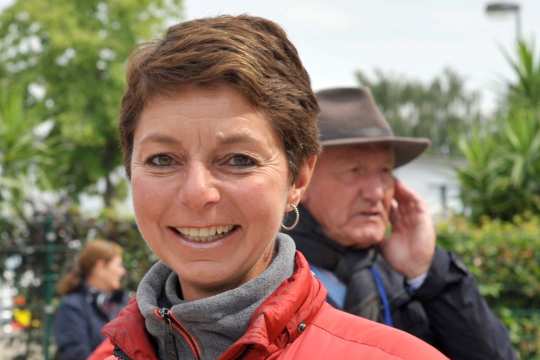