Pedro Veniss won the “Rolex Grand Prix” at the CHI Geneva 2016. In front of a crowd of 9,500 spectators in the sold-out Palexpo arena, together with “Quabri de l’Isle” the Brazilian rider put in a brilliant performance with a clear round in the jump-off and secured himself the victory in the third and last leg in the year of the Rolex Grand Slam of Show Jumping, ahead of Olivier Philippaerts from Belgium and the British show-jumper, Scott Brash.

“It was like a dream come true, it really hasn’t sunk in yet,” said an overwhelmed Pedro Veniss about the first Major victory in his career, which has at the same time made him the new Grand Slam contender. At the CHIO Aachen in July 2017, he will now have the opportunity to continue his personal Rolex Grand Slam and take his second Major victory in succession.

Scott Brash came to Geneva with this aim in sight, because – after his legendary Grand Slam triumph in the 2014/15 season – he had travelled to Switzerland as the current aspirant for the title, since he had been able to repeat his victory from the previous year at the Spruce Meadows ‘Masters’ 2016 in Calgary this September. As the last starter in the jump-off, it initially looked like the 31-year-old was going to claim the victory again, but in the end the British rider and his current top horse “Ursula XII” was four hundredths of a second slower than the winner.

Nevertheless, at the CHIO Aachen 2017 Scott Brash still has the chance to pick up the “two-out-of-three” bonus for two non-consecutive Major victories within one Grand Slam cycle. On the other hand, Philipp Weishaupt’s personal Rolex Grand Slam came to an end at the CHI Geneva: The Major winner of the CHIO Aachen 2016 collected eight faults in the first round of the extremely demanding course, which meant he didn’t qualify for the jump-off and thus missed the chance of pocketing a Grand Slam bonus.

All information about the Rolex Grand Slam of Showjumping 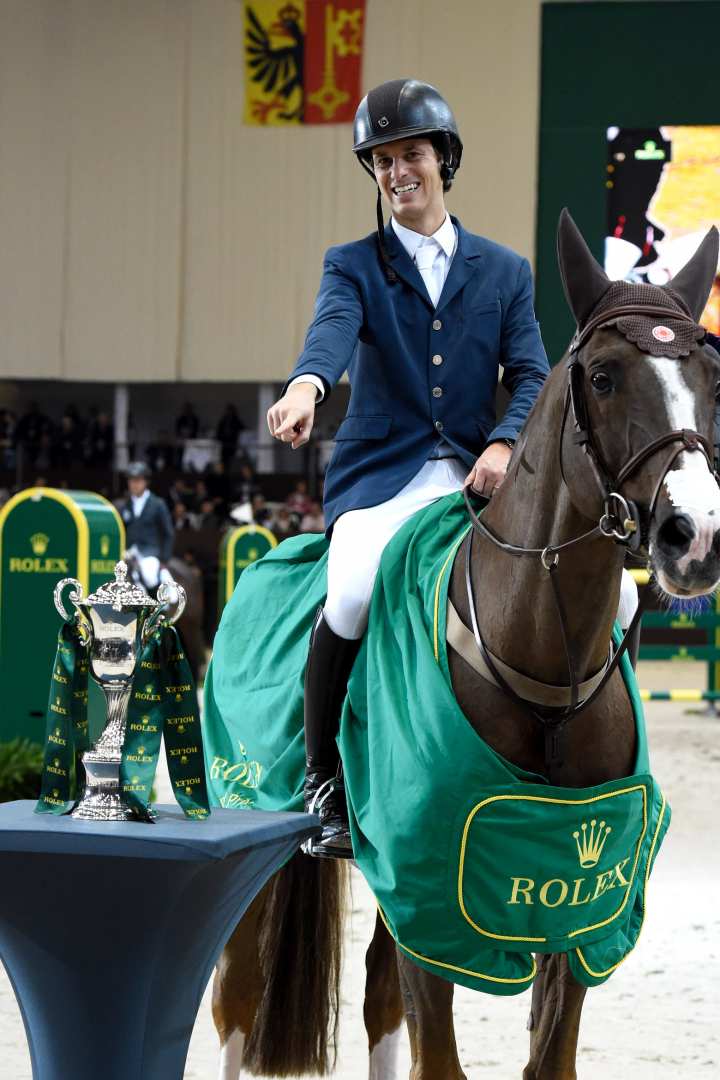 Pedro Veniss and "Quabri de l'Isle", winners of the "Rolex Grand Prix" at the CHI Geneva 2016.