In mourning for Hans Günter Winkler

Hans Günter Winkler was the most successful jumping rider of all time. On each of the six occasions that he participated at the Olympic Games, “HGW” came home with a medal, five of which were gold. His Olympic victory in Stockholm in 1956, when his famous mare “Halla” carried her injured rider to victory, remains legendary. In 1996, Hans Günter Winkler founded the Halla Challenge Trophy that is awared to the owner of the best horse of the show on the final Sunday of the event every year at the CHIO Aachen. Winkler competed in more than 100 Nations Cups for Germany.

The story of his victories is inseparably linked to Aachen: In 1955, he claimed one of his two individual World Championship titles here. He succeeded in winning the Grand Prix of Aachen no less than three times (1954, 1957, 1969). His unique career began here in 1948 and also ended here: In 1986, he retired from active competition sport, he did his last lap of honour during the traditional “Farewell of Nations” at the Soers, his “living-room”, as he fondly called Aachen’s Main Stadium. In 2016, the almost 90-year-old returned once again to the grass arena of the Main Stadium: The CHIO Aachen paid tribute to him with a big gala. Watching the sport from his seat on the grand stand every year went without saying for him. “It is an honour to have known this fantastic sportsman,” commented Carl Meulenbergh, President of the ALRV. Winkler stood for success as the result of willpower, passion and commitment like no other. “We have not only lost a legend and the most famous ambassador of our sport, but also a great friend of the CHIO Aachen,” Meulenbergh added.

Winkler was already awarded the Golden Ring of the Aachen-Laurensberger Rennverein in 1954 for his exceptional dedication to the equestrian sport and the CHIO Aachen. He once said about the CHIO Aachen, the event is “like an Italian opera, full of love, dramas and passion”. One of the biggest stars has left the stage forever, Hans Günter Winkler. 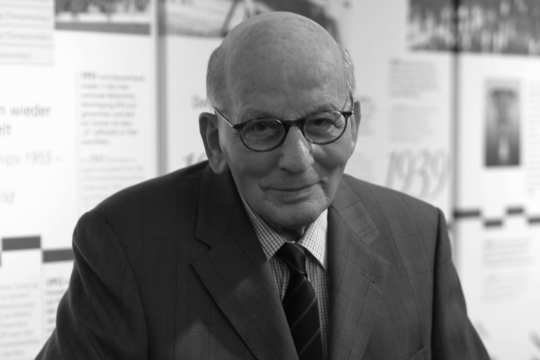 In mourning for Hans Günter Winkler