Cathrine Dufour won a freestyle competition once in Aachen years ago, but the danish has never won a Grand Prix de Dressage, until today in the HAVENS Horsefeed Prize. Whereby that wasn’t even the most important aspect for her this evening.

Cathrine Dufour and her European Championships silver medallist, Bohemian, won the Grand Prix, the HAVENS Horsefeed Prize 2022 with a score of 80.413 today after a wonderfully harmonious ride. Second place went to the US American rider, Adrienne Lyle and her Olympic horse, Salvino (76.891). Frederic Wandres and Bluetooth finished third on 75.217 percent, which was the best score by far the Oldenburg-bred gelding has ever received on the international circuit.

For Cathrine Dufour, who is second in the world ranking list with Bohemian, it was the second victory in her career at the CHIO Aachen and she was indeed delighted. Whereby she also said: “The victory in itself is great, but the best thing was how cool Bohemian was. I didn’t need to do much at all, I simply had to show him the way. That was a real joy!” For Bohemian evidently too, because after the salute he stood relaxed, as still as a mouse, took a look around and enjoyed his thunderous applause. “I think he simply loved being there in the stadium today.”

He is going to have plenty of further opportunity to do so again this week. 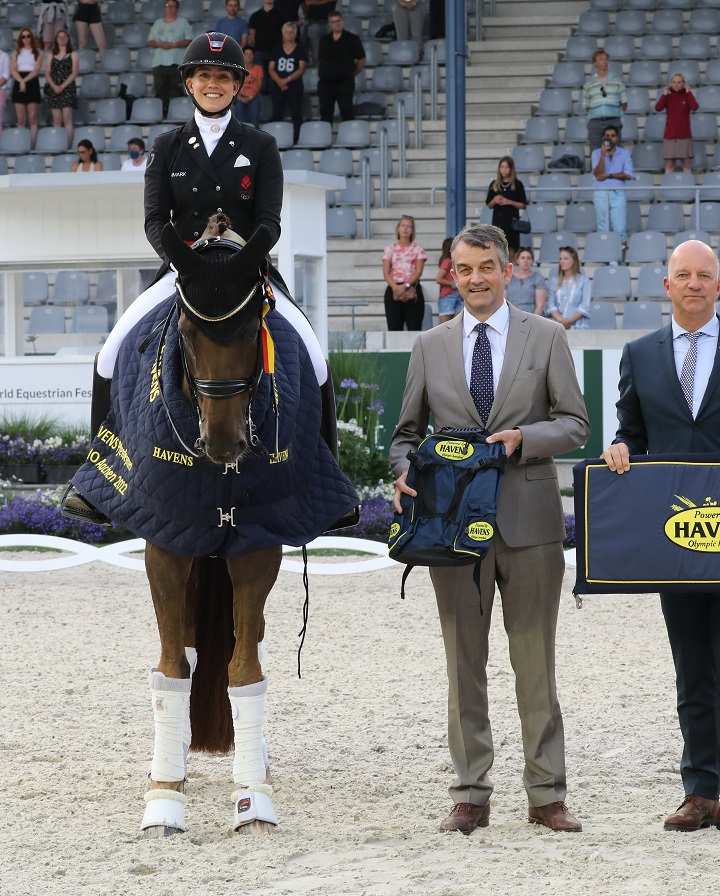