Plan International is the official charity partner of CHIO Aachen. In concrete terms, the Aachen-based company would like to contribute towards more children in developing countries being supported by a sponsorship. Ingrid Klimke, winner of the eventing competition in Aachen in 2017, is a good example here: She has been sponsoring nine-year-old Salma Ally from Tanzania for four years already. “Plan’s aim is to support the living conditions of the children, their families and communities with the aid of sponsorships,” explained Michael Mronz, General Manager of Aachener Reitturnier GmbH (ART). The sponsorships can be concluded directly via the website at www.plan.de/chioaachen.

Around 95 percent of the children in Ruanda commence a school education, not even half of them finish primary school. It is particularly difficult for girls to create the foundation for a self-determined life based on a high-quality school education due to the traditional perception of roles. The most important goals of the project are to reduce the number of children who quit school and to promote equality.

“A large number of riders already support Plan International. Through the partnership with the CHIO in Aachen, we would like to further expand this cooperation with them and their fans mid-term,” commented Dr. Werner Bauch, Chairman of Plan International Germany. “Children in the 54 countries we work in are looking for fans, who will give them the opportunity for a better future. We are convinced that riders and their fans are the ideal partners for these underprivileged children worldwide. Most of the spectators in Aachen come from Belgium, Germany and Holland and there are successful Plan organisations in all of these countries.”

An example from practice: That's what Plan International does. 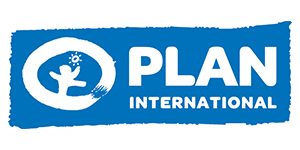